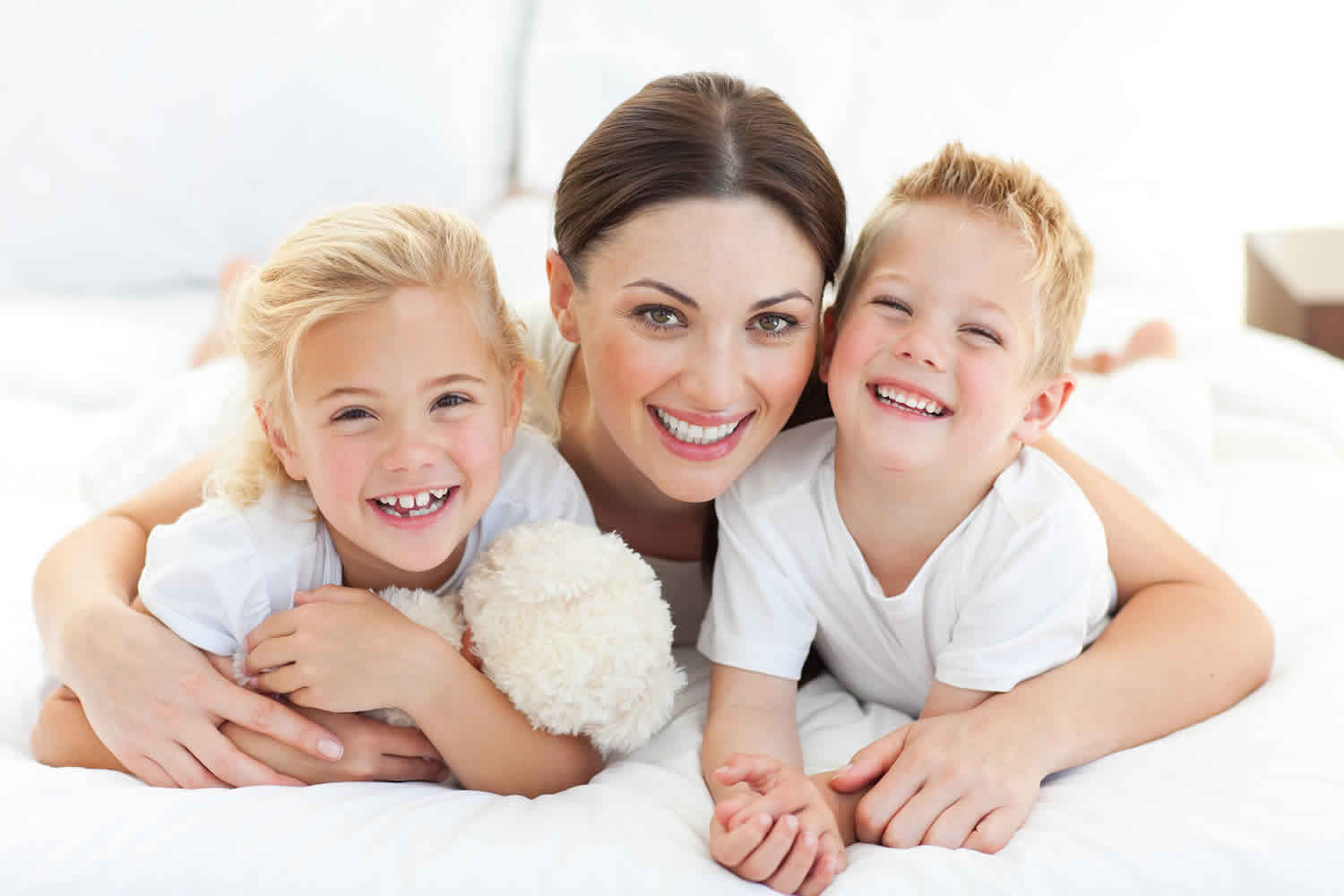 Encephalitis is a term used to describe inflammation of the brain. The inflammation causes the brain to swell, which leads to changes in the child’s neurological condition, including mental confusion and seizures. Encephalitis can be life threatening and requires urgent treatment in hospital.

It’s not always clear what causes encephalitis, but it can be caused by:

You cannot catch encephalitis from someone else.

Encephalitis often causes only mild flu-like signs and symptoms such as a fever or headache or no symptoms at all. Sometimes the flu-like symptoms are more severe. Encephalitis can also cause confused thinking, seizures, or problems with movement or with senses such as sight or hearing.

In some cases, encephalitis can be life-threatening. Timely diagnosis and treatment are important because it’s difficult to predict how encephalitis will affect each individual.

Encephalitis needs to be treated in a hospital. The earlier treatment is started, the more successful it’s likely to be.

Specific treatment for encephalitis will be determined by your child’s doctor based on:

The key to treating encephalitis is early detection and treatment. A child with encephalitis requires immediate hospitalization and close monitoring. Sometimes, depending on what doctors think the specific cause of the encephalitis is, certain medications can be used to fight infections that may cause it.

The goal of treatment is to reduce the swelling in the head and to prevent other related complications. Medications to control the infection, seizures, fever, or other conditions may be used.

The extent of the problem is dependent on the severity of the encephalitis and the presence of other organ system problems that could affect the child. In severe cases, a breathing machine may be required to help the child breathe easier.

Treatment depends on the underlying cause, but may include:

As the child recovers, physical, occupational, or speech therapy may be necessary to help the child regain muscle strength and/or speech skills.

How long someone with encephalitis needs to stay in hospital can range from a few days to several weeks or even months.

Your health care team will educate you and your family after hospitalization on how to best care for your child at home and outlines specific clinical problems that require immediate medical attention by his or her doctor. A child with encephalitis requires frequent medical evaluations following hospitalization.

When to see a doctor

Get immediate care if you are experiencing any of the more-severe symptoms associated with encephalitis. A severe headache, fever and altered consciousness require urgent care.

Infants and young children with any signs or symptoms of encephalitis should receive urgent care.

Brain inflammation itself is not contagious. But the viruses that cause encephalitis can be. Of course, getting a virus does not mean that someone will develop encephalitis.

There are more than 100 different recognized causes that can lead to encephalitis in children and many of these differ with respect to the season, the area of the country, and the exposure of the child. According to a new review of medical records 1), viral, bacterial and autoimmune causes account for most cases of encephalitis in children, but more than four in 10 have no recognized cause.

Viruses are the leading cause of encephalitis. Although vaccines for many viruses, including measles, mumps, rubella, and chickenpox have greatly lowered the rate of encephalitis from these diseases, other viruses can cause encephalitis. These include herpes simplex virus (HSV), human herpesvirus 6 (HHV-6), West Nile virus (carried by mosquitoes), varicella zoster virus and rabies (carried by a number of different animals).

Encephalitis can also occur following a bacterial infection, such as Bartonella henselae (the cause of cat scratch fever), Lyme disease (carried by ticks), Streptococcus pneumoniae, Rickettsia rickettsii (the cause of Rocky Mountain spotted fever), tuberculosis and syphilis, and by parasites, such as toxoplasmosis (carried by cats).

Autoimmune and immune-mediated causes of encephalitis represented 45% of all patients with an identified etiology. The most frequently identified single cause in this group was anti-N-methyl-D-aspartate receptor (NMDAR) encephalitis 2). Second most common was acute disseminated encephalomyelitis (ADEM) 3).

Compared with autoimmune encephalitis, infectious encephalitis was more likely to occur in immunocompromised patients and to be associated with abnormal brain MRI findings.

The viruses that can cause encephalitis include:

It’s not always possible to prevent encephalitis, but some of the infections that cause it can be prevented with vaccinations. Keep your own and your children’s vaccinations current. Before traveling, talk to your doctor about recommended vaccinations for different destinations.

Speak to a doctor if you’re not sure whether your vaccinations are up to date, or you’re planning to travel abroad and do not know if you need any vaccinations.

The best way to prevent viral encephalitis is to take precautions to avoid exposure to viruses that can cause the disease.

Protection against mosquitoes and ticks

To minimize your exposure to mosquitoes and ticks:

Insect repellents aren’t recommended for use on infants younger than 2 months of age. Instead, cover an infant carrier or stroller with mosquito netting.

For older infants and children, repellents with 10% to 30% DEET are considered safe. Products containing both DEET and sunscreen aren’t recommended for children because reapplication — which might be necessary for the sunscreen component — will expose the child to too much DEET.

Tips for using mosquito repellent with children include:

Encephalitis sometimes starts off with flu-like symptoms, such as a high temperature and headache.

Encephalitis often is preceded by a viral illness, such as an upper respiratory infection, or a gastrointestinal problem, such as diarrhea, nausea, or vomiting. The following are the most common symptoms of encephalitis. However, each child may experience symptoms differently. Symptoms may include:

The symptoms of encephalitis may resemble other problems or medical conditions. Call for an ambulance immediately if you or someone else has these symptoms.

Symptoms of encephalitis may be mild to begin with, but can become more serious over hours or days.

Occasionally the symptoms may develop gradually over several weeks or even months.

The first symptoms of encephalitis can be similar to flu, such as:

Some people may also have a spotty or blistery rash on their skin.

But these early symptoms do not always appear and sometimes the first signs of encephalitis may be more serious symptoms.

More severe symptoms develop when the brain is affected, such as:

There may also be symptoms of meningitis, such as a severe headache, sensitivity to bright lights, a stiff neck and a spotty rash that does not fade when a glass is pressed against it.

Call your local emergency services number immediately to request an ambulance if you or someone else has serious symptoms of encephalitis.

It’s a medical emergency that needs to be seen in hospital as soon as possible.

Encephalitis can damage the brain and cause long-term problems including:

These problems can have a significant impact on the life of the affected person, as well as their family, friends and carers.

Inflammation can injure the brain, possibly resulting in a coma or death.

The diagnosis of encephalitis is made after the sudden or gradual onset of specific symptoms and after diagnostic testing. During the examination, your child’s doctor obtains a complete medical history of your child, including his or her immunization history. Your child’s doctor may also ask if your child has recently had a cold or other respiratory illness, or a gastrointestinal illness, and if the child has recently had a tick bite, has been around pets or other animals, or has traveled to certain areas of the country.

Diagnostic tests that may be performed to confirm the diagnosis of encephalitis may include the following:

It’s treated in hospital – usually in an intensive care unit (ICU), which is for children who are very ill and need extra care.

How long someone with encephalitis needs to stay in hospital can range from a few days to several weeks or even months.

If a cause of encephalitis is found, treatment will start straight away.

If there’s no treatment for the underlying cause, treatment is given to support the body, relieve symptoms, and allow the best chance of recovery.

Encephalitis puts a lot of strain on the body and can cause a range of unpleasant symptoms.

Most children need treatment to relieve these symptoms and to support certain bodily functions until they’re feeling better.

Occasionally, surgery to remove a small piece of the skull may be needed if the pressure inside increases and medicine is not helping.

If you experience complications of encephalitis, you might need additional therapy, such as:

Encephalitis is a serious condition and, although some children will make a good recovery, it can cause persistent problems and can be fatal.

For example, encephalitis due to the herpes simplex virus (the most common type of encephalitis) is fatal in 1 in 5 cases even if treated, and causes persistent problems in around half the children who have it.

The chances of successful treatment are much better if encephalitis is diagnosed and treated quickly.

Some children eventually make a full recovery from encephalitis, although this can be a long and frustrating process.

Some children never make a full recovery and are left with long-term problems caused by damage to their brain.

These problems can have a significant impact on the life of the affected person, as well as their family and friends.

But help and support is available.

Recovering from encephalitis can be a long, slow and difficult process. Many children will never make a full recovery.

Specialized services are available to aid recovery and help the person adapt to any persistent problems – this is known as rehabilitation.

This may involve support from:

Before leaving hospital, the health and care needs of the affected person will be assessed and an individual care plan drawn up to meet those needs.

This should involve a discussion with the affected person and anyone likely to be involved in their care, such as close family members.